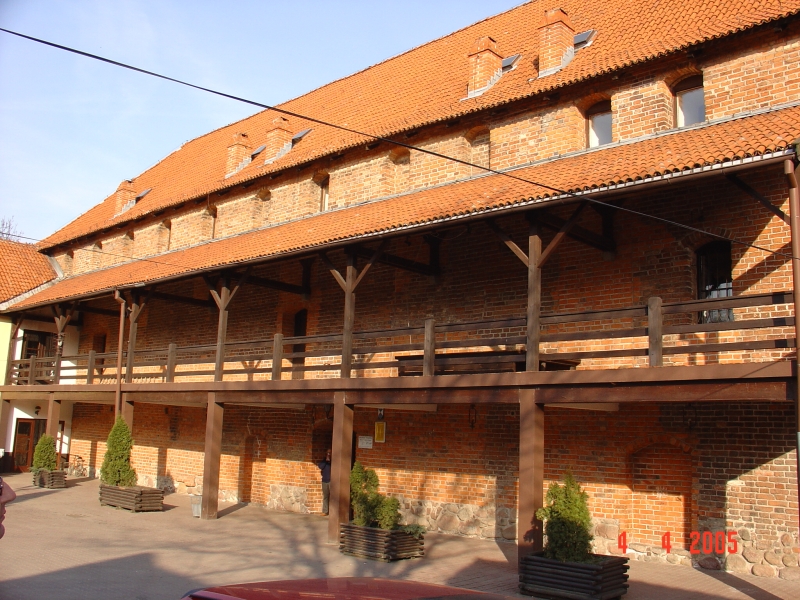 The first mentions written about Nowe come from the middle of the XIII century, but the city itself probably existed much earlier. In the second half of the 13th century there was a development of the city, as evidenced by the creation of castellania and the introduction of franciscans. In 1302, the owners of the holy family issued a document considered the first act of placement. In 1308, the city was conquered and probably destroyed by the Teutonic Cross. It was not until 1350 that grand master Heindrich Düssemer von Arffenberg granted the city a new locational privilege. The construction of the castle in Novgorod was started probably around the middle of the 14th century, on the site of the Castetan castle. It was one of the smallest Teutonic castles in Pomerania. It consisted of a three-storey residential building and a perimeter of the wall connected to the city walls. Probably from the side of the city bordered the castle a separate wall, perhaps preceded by a moat. The lowest storey was dedicated to utility rooms. On the first floor were the rooms of the religious brother in control of the castle. A refractation, a chapel and a guest room are located next door. The highest storey was dedicated to granary and warehouses.

In the middle of the 15th century, the new townspeople actively joined the anti-cross opposition, which eventually resulted in the inclusion of Nowe in Royal Prussia. The second half of the 15th century and the 16th century were a period of stabilisation, disturbed by minor economic developments in trade. Trade alongside the cultivation of the role played a significant role in the development of the city. New and inhabiting merchants skillfully exploited the Vistula city’s location and transport possibilities of the Vistula River. The guild movement and craftsmanship developed extremely rapidly. The Dutch settlers Mennonites came to Mątaw, Zajączkowa and Trill, who permanently changed the landscape of the Vistula villages.

The 17th-century Polish-Swedish wars led to demographic catastrophe and the destruction of the city. The city’s community wiped out successive waves of plague called black death. In the next century, the demographic and economic situation did not improve. The year 1772 brought the annexation of the New to the Prussian monarchy. In the 19th century, there were changes in the political and economic system and the colonization movement intensified. The city slowly grew from the fall, the population grew. The end of the 19th and early 20th centuries brought the construction of modern municipal infrastructure: water works, gas works, railways, schools, slaughterhouses and the first electrification works. The year 1920 brought the return of the New to Poland. During the next difficult in economic terms, the furniture industry developed in Novek. On February 19, 1945, Soviet troops entered the city. The post-war period resulted in the industrialization of the city, education and single-family and cooperative housing developed.

Entrance to the castle is free of charge, please contact the employees of the Municipal Public Library for sightseeing.