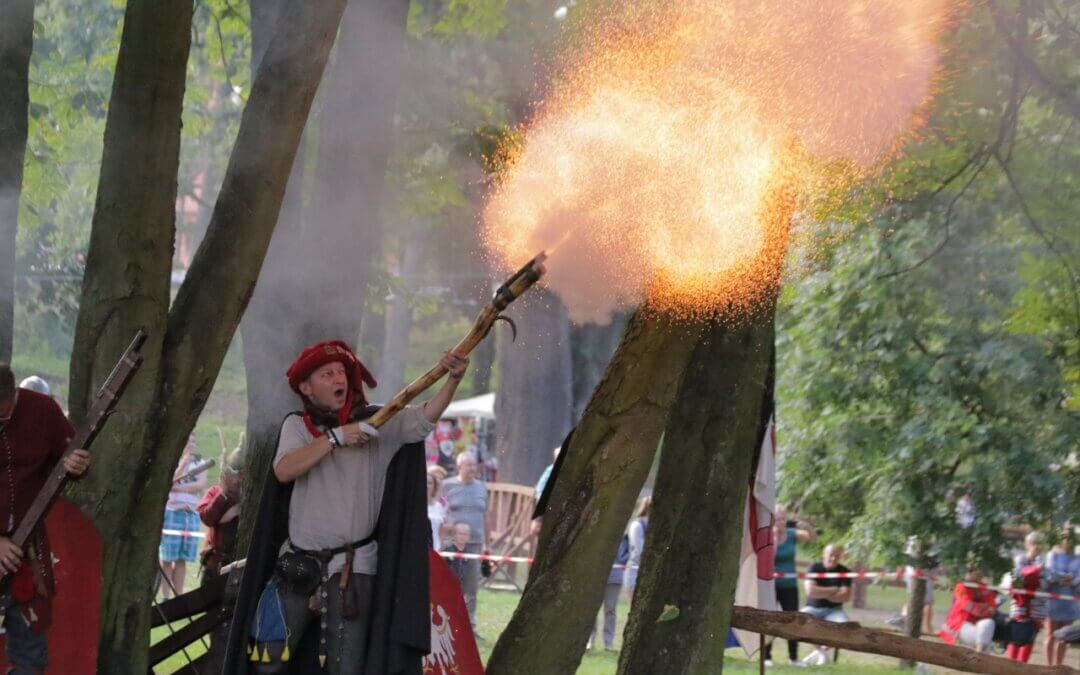 The knight tournament in Działdowo has been an inseparable part of the Działdowo Days celebration for many years. The event refers to the beginnings of the city, the times of the Teutonic Knights, the founder of Działdowo and the builder of the castle in Działdowo. Its participants are transferred to the times of knightly duels, archery skirmishes and medieval battles. The program of the event includes tournament struggles in three competitions: 1×1 duels with sword and shield, archery tournament and team fights (3×3). The event ends each year with one of the three attractions: staging of the castle siege, the Professional Knight Fighting Gala or the Fire Tournament. The knight tournament is organized by the Działdowo Knight Brotherhood in cooperation with the Borderland Museum in Działdowo, with the financial support of the Commune – the City of Działdowo. 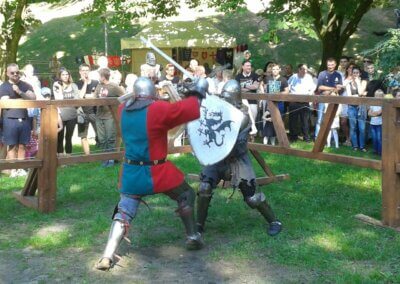 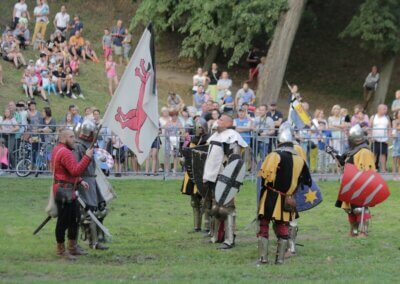 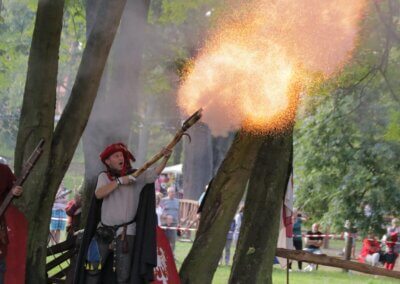 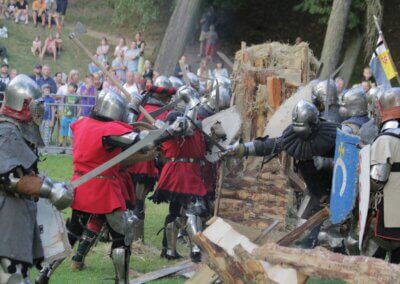 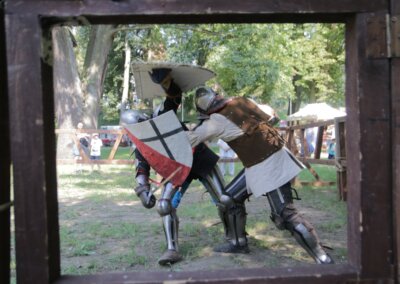 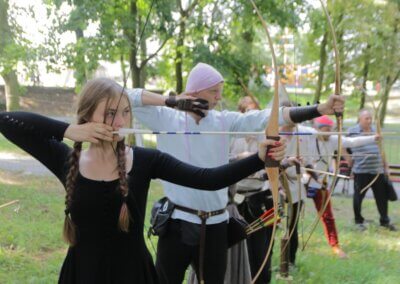