THE TRAIL OF WORLD WAR I
7

TRACES OF MEMORY OF THE FIRST WORLD WAR IN EAST PRUSSIA

From August 1914 to February 1915, the area of East Prussia was the scene of fierce German–Russian combat. Military operations, clashes, and battles, as well as arson and looting, resulted in enormous destruction. Many towns and villages were razed to the ground. Society felt the effects of the war for many years. In the interwar period, monuments were erected en masse in the towns of East Prussia, dedicated to the fallen soldiers and commemorating the events of 1914. Many of them did not survive the political and social changes after 1945. A significant and meaningful trace of the World War I period are the numerous war cemeteries where soldiers from both sides are buried. Today, the surviving monuments, memorial plaques, and the remains of fortifications and earthworks remind us of those events.

MILITARY OPERATIONS DURING WORLD WAR I IN EAST PRUSSIA

The year 1914 brought East Prussia a war that had not been seen in these lands since Napoleonic times. The powers of Europe, competing for political influence and the expansion of their territories, engaged in an arms race that appropriated their economies. As a result of the growing military potential, alliances were formed. The agreement of 1894 between France and Russia anticipated a joint war against Germany. France agreed to grant loans for the expansion of the Russian army and to help with supplies. In return, Russia pledged to take military action against Germany in the event of a German attack on France. Germany and Austria-Hungary entered into a mutual aid alliance: Germany was to support Austria in the event of a war with Russia, and Austria was to do the same for Germany in the event of an attack by France. Germany’s alliance with Italy theoretically guaranteed the protection of the southern border. The spark that ignited the First World War was the assassination of Austrian Prince Franz Ferdinand and his wife on June 28, 1914, in Sarajevo. As a consequence, on August 1, 1914, Germany declared war on Russia. When on August 4, 1914, German troops crossed the border of neutral Belgium and headed west, it became certain that Russia had to fulfil its obligations. The first border skirmishes took place on August 2, 1914, near Prostki, on August 4, near Kybartai (Kibarty), on August 5, near Działdowo, and on August 9 near Biała Piska. These actions had no strategic significance but caused panic among the people of East Prussia, prompting a rush of refugees to the west. The German command knew of Russia’s obligations towards France and anticipated a Russian attack on East Prussia from two directions – the south and the east. The German defence plan for East Prussia, developed by Field Marshal Alfred von Schlieffen, assumed a slow Russian mobilisation, which was to give Germany time to finish operations in the west and prepare to repel the Russian attack. The defence of East Prussia was entrusted to the 8th Army, commanded by General Maximilian von Prittwitz und Gaffron. It consisted of 13 infantry divisions and one cavalry division. The Russian plan of attack on East Prussia assumed a two-pronged strike. The 1st Army, commanded by General Paul von Rennenkampf, entered Prussia on August 17, 1914, from the side of the Nemunas. From the south, the attack was conducted by the 2nd Army, commanded by General Alexander Vasilyevich Samsonov. The Russian forces totalled 21 infantry divisions and 10 cavalry divisions. The task of the 1st Army was to cut off the German troops from the garrison in Königsberg, while the 2nd Army was to prevent the retreat of German troops beyond the Vistula line. The accomplishment of both tasks would leave the German troops surrounded. The first Russo-German battle took place at Stołupiany on August 17, 1914.

The Russians suffered heavy losses. Over 6,000 Russian soldiers died on the battlefield. On August 20, 1914, the next battle took place between Gąbin (now Gusev) and Gołdap. Equal forces of four corps fought on both sides. The battle was not resolved. Gen. Prittwitz, however, was discouraged by the ineffectiveness of the bloody fighting on his southern wing. Upon the news of the incursion by the Russian 2nd Army commanded by Gen. Samsonov and its march towards Olsztyn, which threatened his rear, he gave the order to disengage from the battle and withdraw the main German forces beyond the Vistula. Later that same day, the Russians moved west, but the next day, Gen. Rennenkampf redirected his troops and set off towards Königsberg only after two days’ pursuit. At the same time, Gen. Samsonov changed the direction of his troops from due north to north-west, which increased the distance between both armies to over 120 km. The lack of efficient communication and the mutual dislike of generals Samsonov and Rennenkampf made it impossible to coordinate the two armies properly. On August 22, 1914, General von Prittwitz was dismissed from his post. General Paul von Hindenburg replaced him, while General Erich von Ludendorff became the Chief of Staff of the 8th Army. German troops began regrouping to prevent the two Russian armies from connecting. Hindenburg, counting on Rennenkampf’s inactivity, pulled almost all of his forces back from him to secure a numerical advantage over Samsonov. Samsonov’s Russian 2nd Army marched in three columns. Many mistakes were made in the march organisation, e.g. there was no synchronisation of the corps’ activities and no reserve left at the commander’s disposal. Germans intercepted radiograms and knew the enemy’s intentions. The German command planned to encircle the forces of Gen. Samsonov and, to achieve this goal, they had to act quickly. Using the railway, they regrouped the troops. The attack of the 1st Army Corps of General François on August 26, 1914, near Szymbark, marked the beginning of a 6-day battle. The Germans captured Żabiny, Kozłowo, and Płośnica. The Russians retreated to positions near Uzdowo. On the same day, between Lutry and Biesowo, the units of the German 17th Corps and the 6th Landwehr Brigade forced the Russian 6th Corps to retreat to the south. On August 27, the German operation to encircle Samsonov’s army was completed. After a fierce battle, the Germans captured Uzdowo and Turzno. The Russian 1st Caucasus Corps was repulsed, and the chase after it continued as far as the village of Burkart near Działdowo. Poor communication meant that Samsonov learned of the clash at Uzdowo and the resulting change of situation only 24 hours later. West of Lake Kownatki, near Stębark (German: Tannenberg), the German 20th Corps successfully attacked the Russian 23rd Corps.

Fighting also took place north of Lake Mielno near Ostróda, as far as Drwęck. Olsztyn was occupied by the Russian 13th Corps. In the east, the German 1st Reserve Corps reached Barczewo in the evening, and the 17th Corps defeated the Russian 6th Corps at Biskupiec but gave up the pursuit towards Szczytno and stayed for the night at Dźwierzuty. August 28 was a critical day for the Russian centre. Russian 23rd and 15th Corps did not take advantage of their successes and started to retreat to the line Rzeczniów–Waplewo– Wysoki Kamień. In the vicinity of Olsztyn, Russians were in a vulnerable position because Samsonov, having received the news of the loss of Uzdowo and the withdrawal of the 1st Corps to Mława, ordered his entire army to retreat – but it was too late. The news of encirclement and the order to retreat had a negative effect on the morale of the Russian soldiers. On August 29, they began their partly disorganised flight into the surrounding forests. The German army clashed with two Russian corps as late as on 30 and 31 of August, in the vicinity of Nidzica. After heavy fighting, the Russians withdrew towards Mława. These were the last battles with Gen. Samsonov’s troops. Russian casualties were estimated at 40–70 thousand killed or wounded, and 92 thousand soldiers were taken prisoner. Samsonov took his own life. This whole sequence of battles and skirmishes with Samsonov’s 2nd Army was named the Battle of Tannenberg. It was intended to symbolise a German requital for the Battle of Grunwald. In honour of their victory, the Germans erected a monument in the form of a mausoleum there, in which General Hindenburg, the commander-in-chief of the German forces, was buried in 1934. After the victory over Samsonov’s 2nd Army, Hindenburg turned his attack on Rennenkampf’s 1st Army, whose forces were concentrated in a line of 50 km, opposite the much longer left wing of the German front, only two days’ march distant. On September 2, Hindenburg issued orders to regroup on the Orneta–Olsztyn–Pasym–Szczytno line and then march on an equally wide front along both sides of the Olsztyn–Wystruć railway. German troops began the march in that direction on September 4. The clashes began on September 7 and continued until September 14 along the entire front. The fighting was later called the “First Battle of the Masurian Lakes”. On the first day, the Germans captured Biała Piska and approached Orzysz, which they took the next day. On the second day, the German attack proceeded very slowly between forests and lakes. Gen. François tried to encircle the enemy with quick cavalry attacks in the northerly direction. However, unlike at Tanneberg, where he encountered a disorganised opponent, the Russian riflemen effectively defended their lines. Rennenkampf, recognising that he was in danger from two directions – north and south – decided to spare his forces and ordered a general retreat. The Russians withdrew without resisting. On September 13, the 1st Army again crossed the border under pressure from the Germans and in the opposite direction. Russians suffered great losses, and after withdrawing beyond the Nemunas, the army was unfit to fight for a long time. The first battle on the Masurian lakes did not end with a success like Tannenberg but left the German side with happy news – the capture of several kilometres of Russian territory. This lessened the shock of the Marne disaster and promoted Hindenburg and Ludendorff to heroes. The victory over the two Russian armies did not result in a complete displacement of Russians from East Prussia. In November 1914, they re-entered Masuria and occupied the Ełk district.

The front line ran from Lipawa ( Latvian: Liepāja – today a port in Latvia), through Welawa (Russian: Znamensk), around Węgorzewo, to the Masurian lakes. In February 1915, new fighting broke out – the Russians captured Klaipėda, while the Germans attacked Ełk. Another battle began in the Masurian Lakelands. These clashes, beginning on February 7, 1915, were named the “Winter Battle of Masuria” and led to the liberation of the province. The Russians could not withstand the pressure, and the German army entered Gąbin, Ełk, and Olecko. These were the last battles of World War I in East Prussia. Until the end of the war, East Prussia was not a theatre of direct warfare.

The interactive map entitled ‘On the First World War Trail’ was based on a publication produced within the project ‘Tourism beyond the boundaries – tourism routes of the cross-border regions of Russia and North-East Poland’. The project is implemented with the financial support of the European Union within the Poland-Russia Cross-border Cooperation Programme 2014–2020. 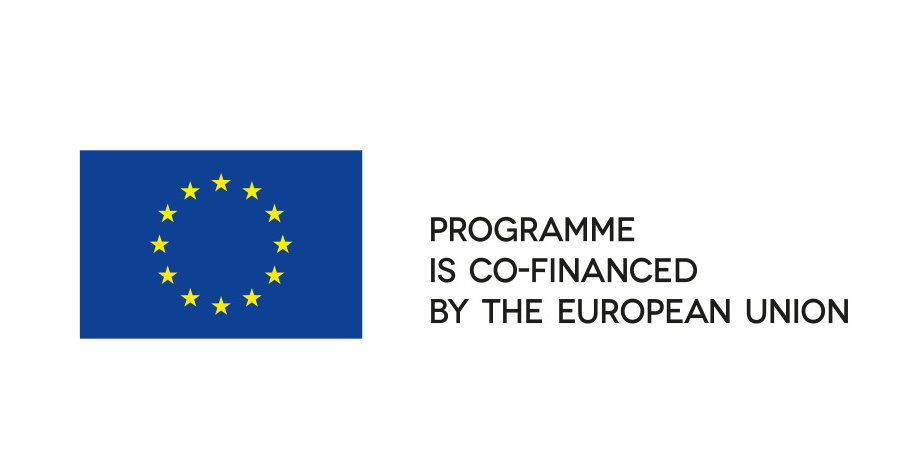 The task was co-financed from the funds of the local governments of the Province of Warmia and Mazury.

We invite you to familiarize yourself with our publications
on ISSUU

The page was created as part of a project
Pn. “Development of the tourist brand of the Gothic Castles Route”
co-financed by the Ministry of Development, Labour and Technology