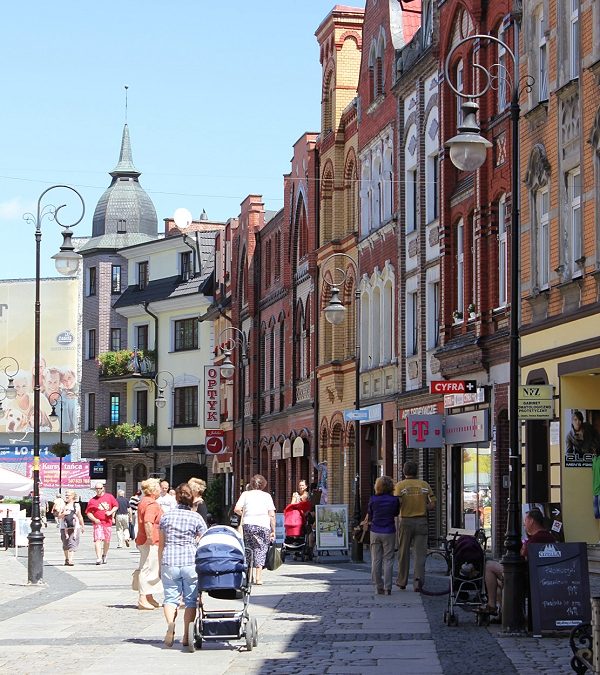 Lęborek’s past is closely connected with the history of Gdańsk Pomerania and Western Pomerania, with the history of Poland and Germany. There are hypotheses that in the early Middle Ages a pre-location settlement was established in the prado valley of the Łeba River, which was the beginning of the city. It was called Lewino and belonged to the princes of Gdańsk Pomerania. According to the record of the Pomeranian chronicler Restorf, Lębork acquired the city rights as early as 1285 at the hands of the Duke of Gdańsk Vengege. Better documented historically, however, is the fact of the location of the city in 1341 by the grand master of the Teutonic Order, Dietrich von Altenburg. One of the first decisions of the Teutonic Crosses was the construction of a castle, a church and defensive walls with towers around the city.

In the years 1310-1454 Lębork belonged to the Teutonic State. After the beginning of the thirteen-year war, King Kazimierz Jagiellonian emacased the city together with the whole of Gdańsk Pomerania to Poland. In 1455, the city was transferred under the conditions of the so-called . “faithful hand” to The Pomeranian Prince Eric II.

In 1490, Lębork passed into the hands of the Pomeranian Prince Bogusław X, as a dowry of his wife, daughter of King Casimir Jagiellon. This condition lasted until 1637, when after the death of Prince Bogusław XIV Lębork he joined Poland.

Only 20 years the city belonged to Poland, because already in 1657 King Jan Kazimierz, on the basis of the Welawsko-Bydgoszcz Treaties, gave it to Frederick Wilhelm I, elector of Brandenburg.
In 1773, under the partition treaty, Lębork was edified in Western Prussia and found itself in the province of Pommern.

Under the Treaty of Versailles, the land was granted to Germany.
The result of World War II decided to return in 1945 Lęborka to Poland.

Attractions
Lębork is located on the tourist and pilgrimage route – Pomeranian Way of St. Jacob. It is worth seeing:

The castle belongs to the oldest monuments of Lęborka. It was erected in the south-eastern corner of the location city. The castle already existed in 1363 and was the seat of Dytrych von Loupheim, the first Teutonic mayor of Lęborek. The castle was rebuilt several times, which distorted its original appearance. In the southern wall, the outlines of the sharp-washed windows and blend are preserved. Also characteristic elements are the Gothic stairwell peaks and built in 1575 in the northern part of the castle square staircase in the shape of a tower. Today, the castle is the seat of the court.

The museum is closed on Mondays.

The Museum hosts screenings of the film in 3D technology. presenting Lębork over the centuries.

Audio guides in Polish, English, German and Lithuanian languages can be rented free of charge in the museum to help you explore the city (rental rules on the Museum’s website).

Tower No. 27, ul. Bashtowa – exhibition of fading handicrafts, crafts, herbal medicine in Kashubia, exhibitions of local artists
Tower No. 24 at ul. Derdowski – here are presented copies of medieval costumes, weapons, weapons, everyday objects
Tower No. 32 at ul. Korczak – the seat of the Lęborski Knight’s Brotherhood, you can see here a fireplace room, a knight’s chamber with copies of weapons and everyday equipment

Access to tower 24, 27 and 32 (after contact with the Museum) and the presentation of the film is free!